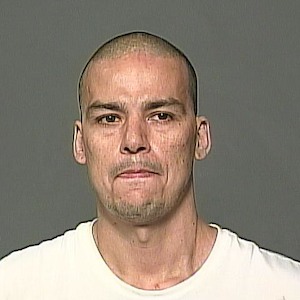 Winnipeg police need the public’s help in locating a dangerous suspect who is said to have stolen a truck and assaulted a woman in St. James.

Police say just before 12:30 p.m. on Monday, they responded to a department store in the 1000 block of Empress Street for a man armed with a knife in the parking lot.

Before police arrived, the suspect fled from security guards to a parking lot in the 1300 block of Empress Street. Five male staff members caught up with the man, who then began making stabbing motions with the knife in their direction.

The suspect jumped into a passing truck being driven by a 56-year-old woman and took off. Police say the driver was assaulted in the upper body before managing to exit the vehicle. She received minor injuries.

Police say the suspect dropped a duffle bag in the process and drove the truck towards a group of people standing near it.

The stolen truck was eventually recovered in the rear of the 600 block of Sargent Avenue at around 6 p.m.

Police have since identified the suspect Jason Dean Bercier, 35, and have obtained a warrant for his arrest.

UPDATE: Thursday, August 14 — Bercier has been arrested and faces numerous charges, including failing to comply with court orders and multiple counts of assault.