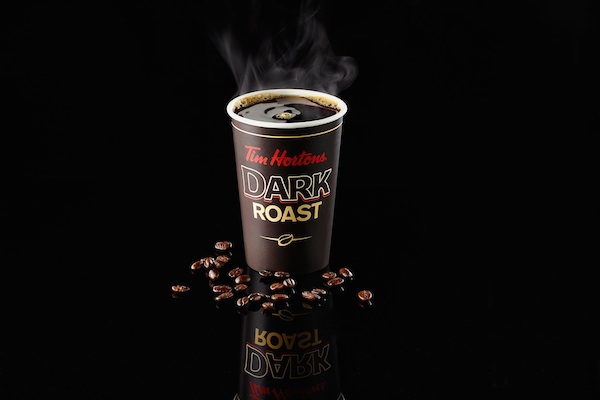 Tim Hortons will have a new blend of coffee on its menu Friday morning.

Dark coast is making its debt at restaurants across North America, marking the first time in the company’s 50-year history that an alternate blend is available alongside the original premium blend.

The company announced earlier this year plans to innovate its menu offerings in a bid to compete with Starbucks and other chains.

Tim Hortons says the dark roast is a new premium blend made from 100 percent Arabica beans, offering hints of citrus, cocoa and earthy tones with a rounded body.

Stores in Quebec, London, ON and Columbus, OH acted as successful testing markets for the beverage.