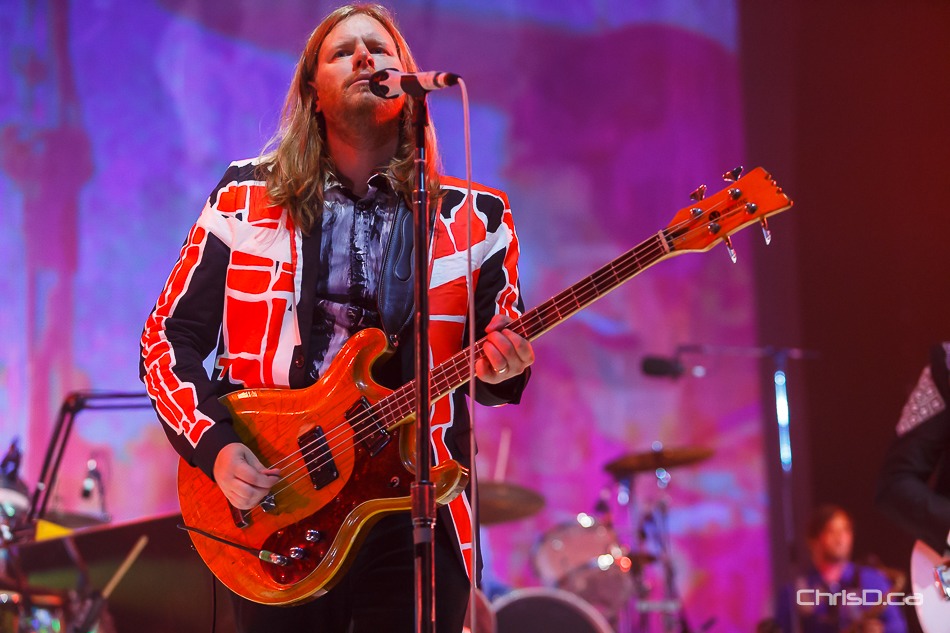 Canadian indie rockers Arcade Fire returned to Winnipeg’s MTS Centre on Thursday, thrilling thousands with hits both new and old, including the latest sounds from their fourth studio album, Reflektor

Made up of husband and wife Win Butler and Régine Chassagne, the band is always made up of along with Win’s brother Will Butler, Richard Reed Parry, Tim Kingsbury and Jeremy Gara.

A mandatory “dress” code was in effect for fans of the show, which lasted approximately two hours.