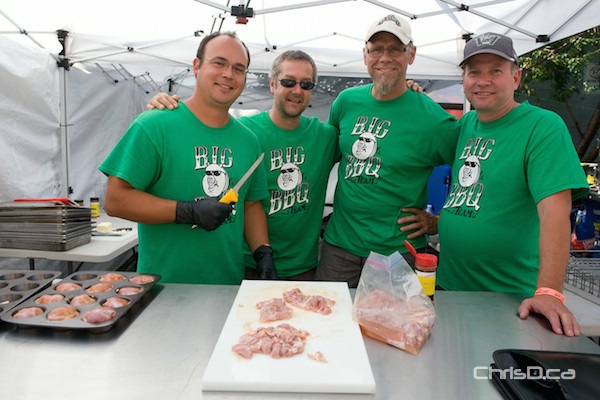 The best pitmasters in North America are in Winnipeg this weekend to compete for big prizes for their grilling masterpieces.

The third annual Winnipeg BBQ & Blues Festival is on at Shaw Park, combining the love for barbecue with live music, dancing and a field of food vendors.

The $10,000 grand prize for the best-cooked meat is on the line. The two-day event, which began Saturday, is a Kansas City Barbecue Society sanctioned barbecue competition open to amateurs and professionals.

Teams will also compete for a shot at an invitation to the Jack Daniel’s World Championship Invitational Barbecue Competition in Lynchburg, Tennessee and an invite to the World Food Championships in Las Vegas, Nevada.

The festival continues today and tickets are $39.50 at Ticketmaster.