‘TSN Jets’ Retired, Games to Be Aired on TSN3

The exclusive TV network for all-things Winnipeg Jets will fade to black for the upcoming 2014-15 NHL season.

TSN and True North Sports & Entertainment have announced the network’s package of 60 regional Winnipeg Jets games to be carried on TSN3 instead of the subscription channel TSN Jets.

“We are thrilled to be a significant partner with TSN as they launch their exciting new feeds across the country,” said Mark Chipman, True North’s executive chairman.

TSN3 will be available in the Jets’ designated broadcast region, which includes Manitoba, Saskatchewan, Nunavut, the Northwest Territories, and parts of Northwestern Ontario including Kenora, Dryden, and Thunder Bay.

Shaw and MTS will carry TSN3 in its basic service channel group at no additional cost to subscribers. 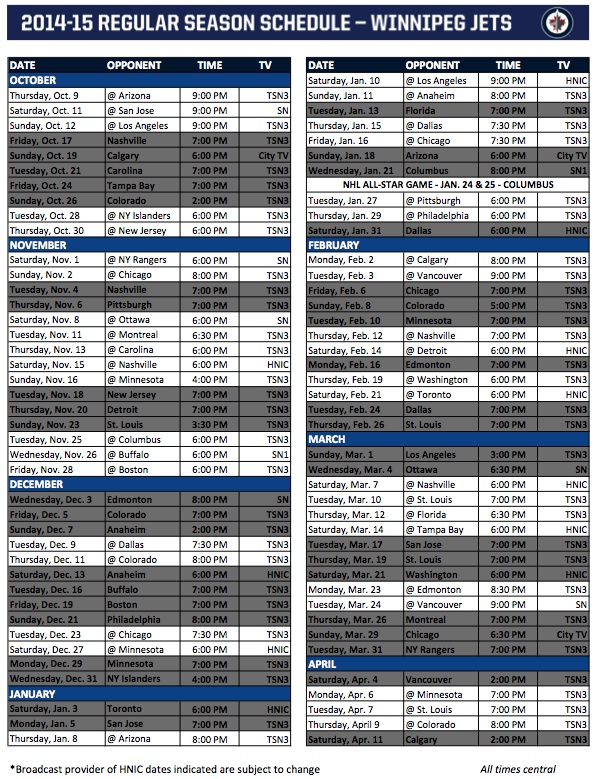