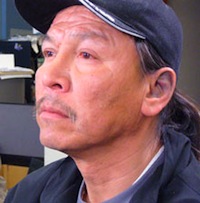 Winnipeg’s “homeless hero” Faron Hall has been identified as the second body pulled from the Red River on Sunday.

Hall was located near Kildonan Park that evening, just hours after police pulled the body of a 15-year-old girl from near the Alexander Docks.

Hall made headlines in 2009 when he rescued a teen from the Red River. He jumped in and made the brave rescue, later being awarded the mayor’s medal of valour. Months later, he attempted to rescue two teens who had been drinking and fell into the river. He managed to pull one to safety, but the other drowned.

The death of Faron Hall is tragic; he was a humble individual who put himself last and gave the best of himself to others even while battling his own immense challenges. Most heartbreaking is that he seemed to miss seeing in himself what we saw in him: that he was a true and selfless hero deserving of honours and a good life. He taught Winnipeg and the nation to recognize that the cover does not show the heart inside, and that those with the least to give are often those who give the most. Faron reminded us that we all have strength even as we struggle, but that we are human and we will all struggle even though we are strong. As Mayor, I offer my deepest condolences to Faron’s family and loved ones during this very difficult time. His life touched us all and Winnipeg mourns his loss together as a community.

The public is invited to a peaceful vigil at Alexander Docks at 7 p.m. tonight, followed by a march to the Monument for Missing and Murdered Aboriginal Women at The Forks.