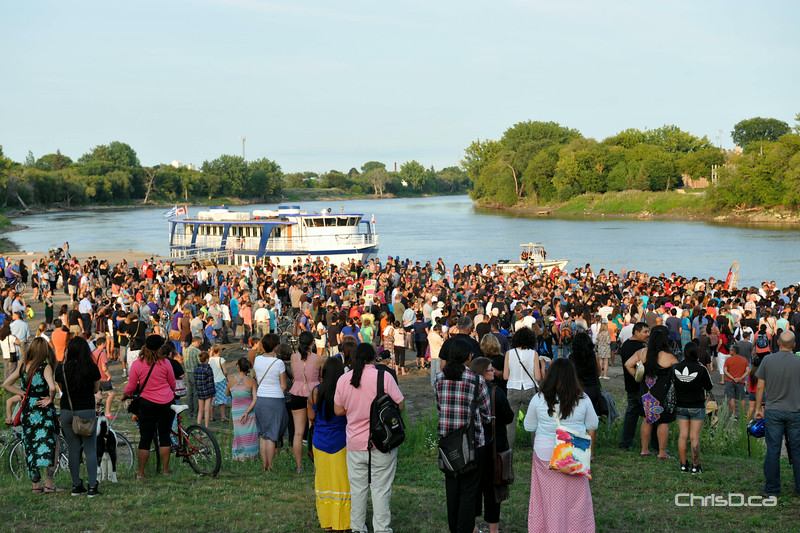 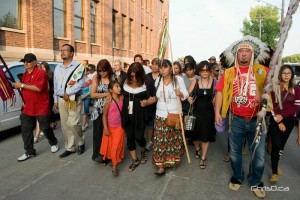 WINNIPEG — About 2,000 people turned out Tuesday night at the Alexander Docks to remember Tina Fontaine and Faron Hall.

The bodies of the two were pulled from the Red River on Sunday in separate incidents, creating a renewed call for a national inquiry into missing and murdered aboriginal women.

Fontaine was only 15-years-old and had been reported missing August 9. At the time of her disappearance, she was in the care of Child and Family Services. Her body was found bound inside a bag when it was recovered Sunday afternoon near the banks of the Red River near Waterfront Drive. 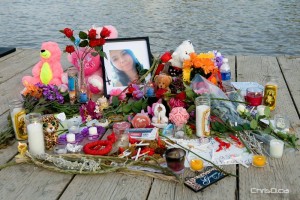 A memorial for Tina Fontaine at the Alexander Docks (TED GRANT / CHRISD.CA)

Hall, who had been known as Winnipeg’s “homeless hero,” was seen struggling in the same river on Friday afternoon. An attempted rescue involving an off-duty police officer and a water taxi was unsuccessful when Hall went under the water. His body was found near Kildonan Park hours after police recovered Fontaine’s remains.

A vigil for both victims was held at the docks, where a makeshift memorial for Fontaine has been created.

Thousands of people — many who had never met either of the two — gathered to show their support to the families and friends of the victims. A march later made its way from the area to Portage and Main, and eventually to The Forks, ending at the Monument for Missing and Murdered Aboriginal Women with a pipe ceremony in Oodena Circle.