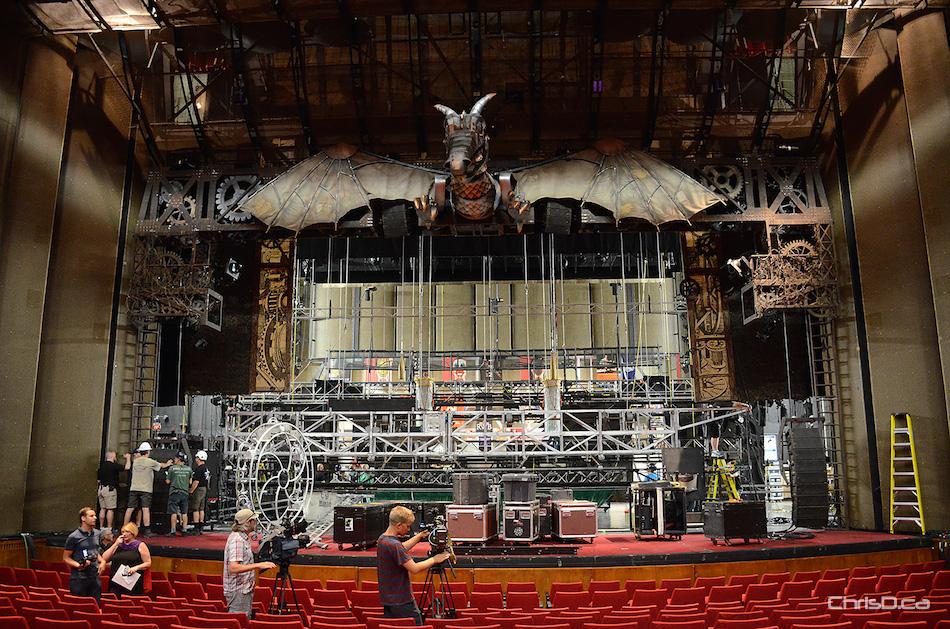 Crews assemble the stage for ‘Wicked’ the musical at the Centennial Concert Hall on Tuesday, August 19, 2014. (STAN MILOSEVIC / CHRISD.CA)

Based on the best-selling 1995 novel by Gregory Maguire, Wicked, winner of over 50 major awards, is the untold story of the witches of Oz.

The production runs until August 30. On Tuesday, the media was given a sneak peek at the preparations crews faced while setting up for the show.

ChrisD.ca will have a review of Wicked on Friday morning.