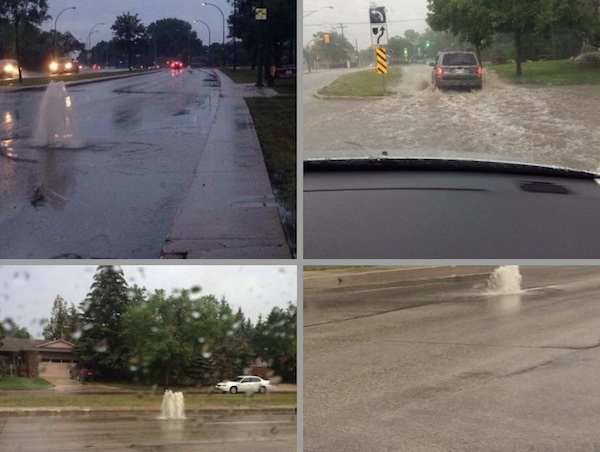 WINNIPEG — Environment Canada was only predicting five to 10 mm of rain Thursday night, but Mother Nature packed that amount with one intense punch.

Photos shared on social media showed basements taking on water, including a wet floor at the Polo Park Shopping Centre.

Reports from Environment Canada showed parts of the city actually received closer to 25-50 mm of rain.

The Winnipeg Police Service tweeted, “Do not attempt to travel through flooded underpasses. Kayaking & Canoeing on your sidewalk w/an approved PFD would be appropriate.”

There’s a 60 percent chance of more showers on Friday and into the weekend.