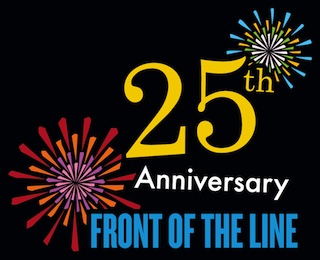 American Express is marking the 25th anniversary of its access program, Front Of The Line, which is a world renowned marketing program offering advanced ticket access, priority seating and unique experiences to some of the hottest concerts, shows and events across Canada.

“Front Of The Line has come a long way from one pre-sale to the robust program it is today,” said David Barnes, vice-president of advertising and communications at American Express Canada. “For the past 25 years we have given our Cardmembers access to the best in entertainment, and we are building on this reputation with its evolution into the new global Invites program.”

Originating in Canada, the program launched in 1989 by giving cardmembers advanced ticket access to the opening of Phantom of the Opera in Toronto. The program, which is now part of the global brand, “American Express Invites,” provides crdmembers access to experiences and offers around the world, including, concerts, festivals, film previews, dining offers, and theatre productions.

Some of the events members are privileged enough to enjoy this year include attending big name concerts like Lady Gaga, One Direction, Avicii, and shows like Book of Mormon, Disney on Ice, Wicked and Russell Peters’ Almost Famous tour.

To celebrate the 25th anniversary, American Express has launched a series of special promotions running until September 1, including: hundreds of tickets to concerts, theatre and dining experiences through a daily Twitter contest, and onsite at the Molson Canadian Amphitheatre, plus a $25,000 grand prize trip to see a concert experience with a friend via eTalk.

This article was sponsored by Amex Canada. The views and opinions expressed here, however, are purely those of the ChrisD.ca editorial team.