Steeves Would Slam Brakes on Second Leg of Rapid Transit 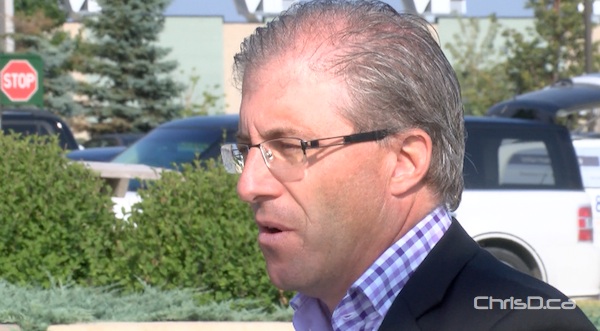 Speaking at a vacant Parker Lands field on Friday, Steeves said the city doesn’t need a referendum to cancel the second phase and simply can’t afford to develop it.

“My vision for the city is to ensure a rapid transit plan which not only offers the most direct route, but also enhances the developments already on Pembina Highway,” Steeves said. “A BRT route through the Parker Lands does not accomplish either of these goals. This BRT line is Winnipeg’s BiPole 3.”

The $600 million project would save only a few minutes in transit time, the former city councillor said, adding it’s a waste of taxpayer dollars.

Steeves would rather see those same funds be put into much-needed infrastructure projects instead.

He also warned that if BRT went ahead, another $20 million would need to be spent starting in 2020 on the public-private partnership portion of the project, which could result in higher property taxes for citizens.