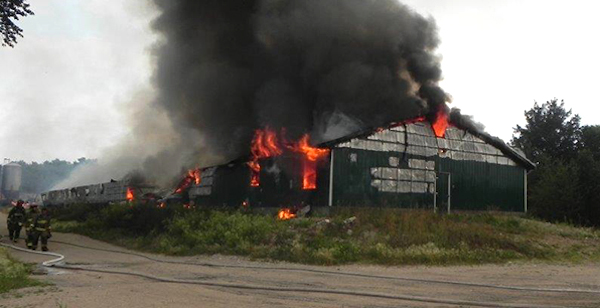 A barn fire in the RM of Hanover on Thursday killed 1,100 pigs inside.

RCMP say the blaze broke out at around 6 p.m. roughly 10 km southwest of La Broquerie, Manitoba. When crews arrived on scene, the structure was fully engulfed in flames, taking three fire departments five hours to control the blaze.

No people were hurt in the fire and the barn was completely destroyed.

The investigation into the cause is continuing.