Blue Bombers Pull Out Win With Strong Second Half 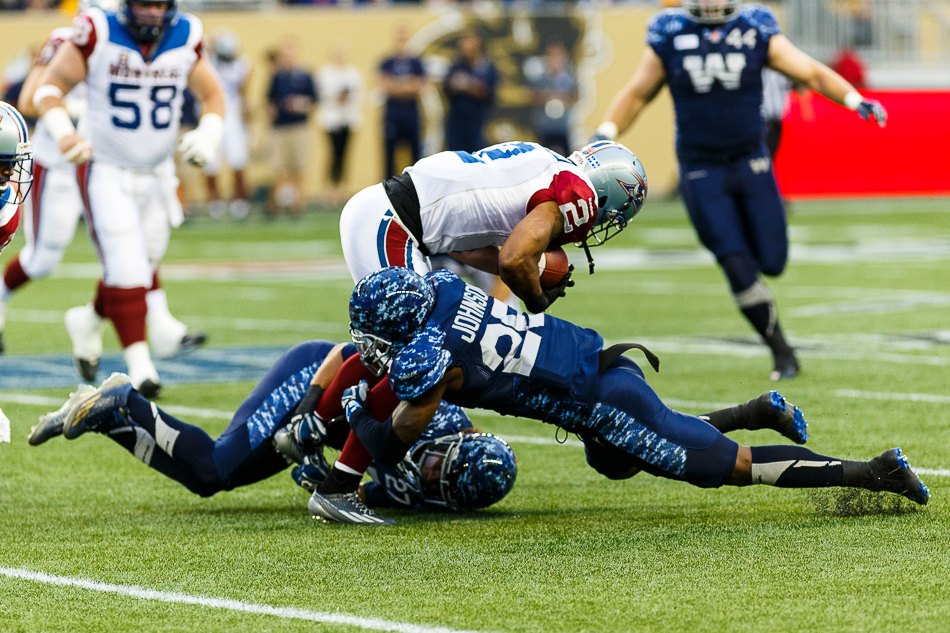 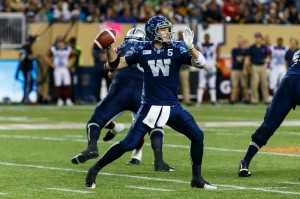 WINNIPEG — Coming into Friday night on a two-game losing skid, the Winnipeg Blue Bombers needed a couple quarters to shake off the cobwebs from their brand new digital camouflage uniforms before they were able to come from behind to earn a 24-16 win over the reeling Montreal Alouettes.

The Bombers improve to 6-3, now at the midway point of the season, and while Drew Willy is gaining the reputation of Winnipeg’s comeback kid, the quarterback remains level-headed when assessing his team’s offence performance through all four quarters.

“I just try to stay calm, cool, and collected,” said Willy, who finished 14-of-23 for 200 yards and an interception. “I wish we would’ve played better in the first half for sure. We knew what they were doing. We just needed to execute better as an offence.”

“To be able to run the ball like that in the fourth quarter. Get a touchdown. It just shows that our O-line has the capability of doing that on a consistent basis, and they did a great job tonight.” 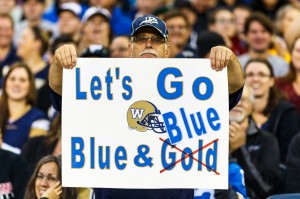 Trailing Montreal 6-1 at the half, Winnipeg got a momentum swing play on special teams early in the third quarter as 2014 Canadian draft pick Derek Jones blocked a punt that was scooped up and returned one yard for a touchdown by Don Unamba.

“We ran it early in the game, it didn’t work out,” said Jones of his key block. “We got a chance to go back to it, and at the time it was a big play. We were down. It got the crowd behind us. I’m happy for Don (Unamba). He scored. It was a huge play.”

“They came out, and they decided they wanted to get after it in the second half,” said head coach Mike O’Shea. “Special teams sparked it. They got it going with a blocked punt and a touchdown.”

Running back Nic Grigsby, who continues to lead the CFL in rushing yards, ran the ball ten times for 73 yards and a late touchdown that put the Bombers up for good.

“I think it’s good for the offence to be able to run the ball in those positions (late in the game). And it gives them some success — something to watch and be proud of.”

Winnipeg now heads into their annual doubleheader against the rival Saskatchewan Roughriders, beginning with the Labour Day Classic on Sunday, August 31 in Regina, and return home for the Banjo Bowl the following Sunday.