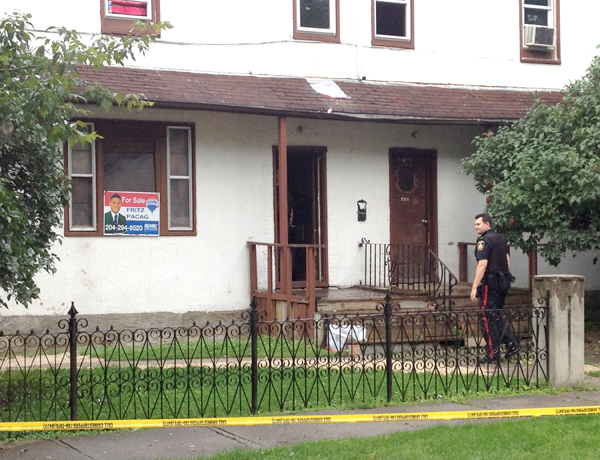 Winnipeg police at the scene of a house on Austin Street North on Monday, August 25, 2014. (SHANE GIBSON/METRO WINNIPEG)

Winnipeg police confirmed Monday they are investigating a homicide after a massive police presence was found around a home on Austin Street North.

Police said they were called to the home in the 200 block of Austin Street North in North Point Douglas at about 5 a.m. where they found a man suffering from a stab wound to the upper body. He was taken to hospital in critical condition.

No other information is available.