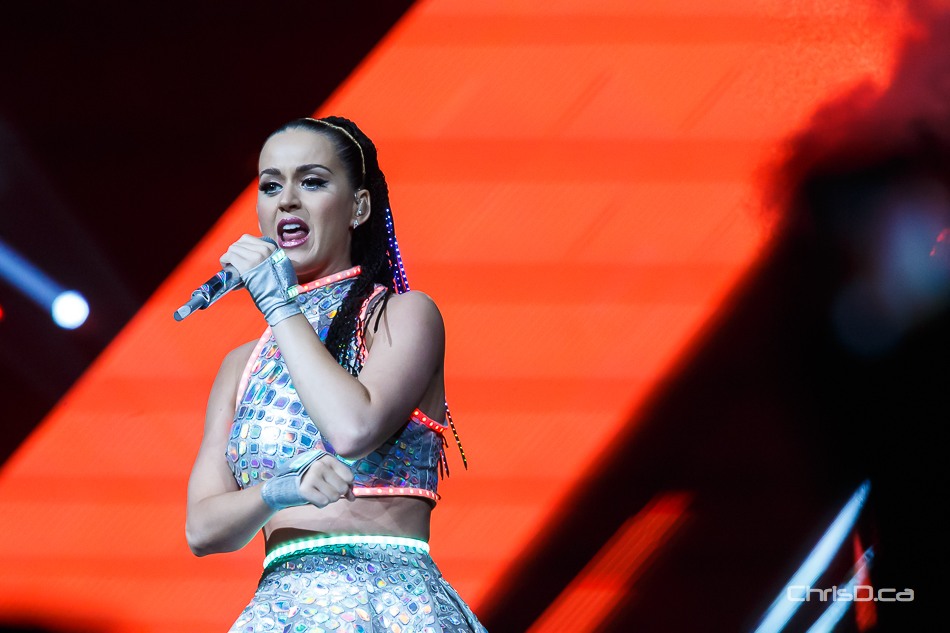 This is how we do and Katy Perry done did it Tuesday night at Winnipeg’s MTS Centre.

The singer roared through her catalog of smash hits to a crowd of about 14,000 screaming fans.

The pop star made reference to the city several times, even mentioning Winnipeg’s distinguished title of Slurpee Capital of the World. Perry also interacted with the fans, bringing one up on stage for a special performance of her hit, Birthday. At one point, she even gave one lucky fan an entire pepperoni pizza that was brought out.

Live Nation released a batch of tickets late Tuesday afternoon to the sold-out show, which drew about 1,000 more fans than Perry’s last performance in Winnipeg back in 2011.

View the photo gallery below from the Prismatic World Tour.