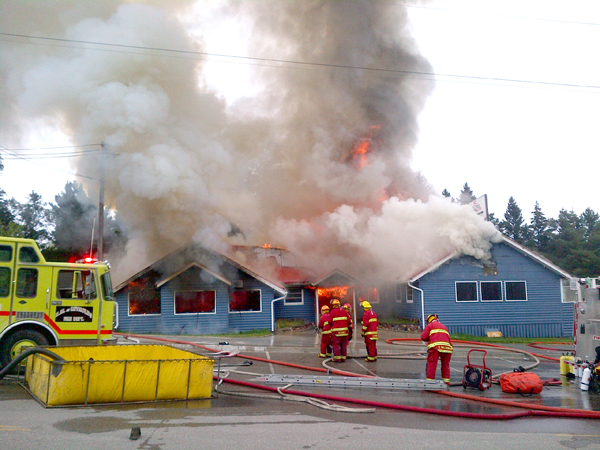 Falcon Lake RCMP say a hotel in Whiteshell Provincial Park has gone up in flames.

West Hawk Inn in West Hawk Lake caught fire around 8:30 a.m. on Friday morning. There was no one inside the hotel and no one was seriously injured, although one camper in the campground behind the hotel was treated for smoke inhalation.

The fire was still burning as of 1 p.m.and RCMP called it “fully involved.” The cause of the fire is unknown.

The Office of the Fire Commissioner will be assisting with the investigation, said RCMP.