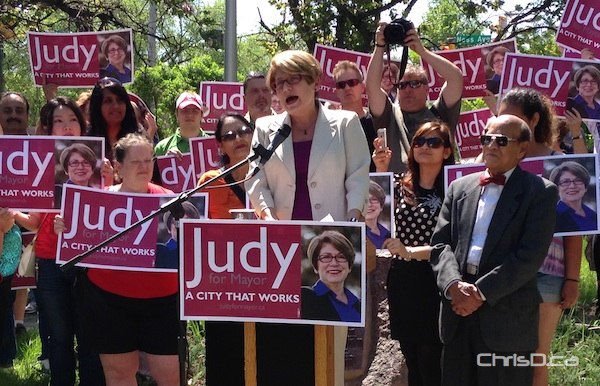 Mayoral candidate Judy Wasylycia-Leis marked a milestone Wednesday by announcing her campaign has installed its 1,500th lawn sign in Winnipeg.

“I am humbled and honoured that so many residents of this community want to help make Winnipeg a city that works,” said Wasylycia-Leis, while appearing at the home of a couple in Charleswood.

The former NDP MP said at this time during her unsuccessful run at the mayor’s seat in 2010, she had 1,000 signs up.