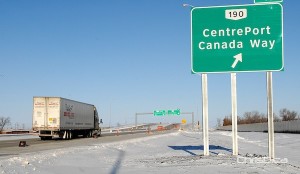 An international distributor has expanded their operations at its CentrePort-based facility in Winnipeg.

WETT Sales & Distribution Inc. has added a new, customs bonded warehouse that will allow the company to deliver its products quickly and more efficiently to markets in western Canada and expand to other jurisdictions in North America.

“This will create a faster, more efficient supply of global beer brands and will allow us to react to consumer demand,” said Bill Gould, president of WETT Sales & Distribution.

The customs bonded warehouse will create up to five new jobs — increasing the firm’s total workforce by about 25 percent. The area will be used for the import of international beer brands, including kegs that will then be shipped to other provinces. The company is also planning to expand its reach into the United States.

WETT markets domestic and international brands of beer, wine and spirits for sales and distribution in Manitoba and Saskatchewan.

← Previous: Steeves Targets Wasylycia-Leis as Being Cozy with NDP Next: Stretch of Eastbound Provencher to Close on Friday →
Tags: Winnipeg