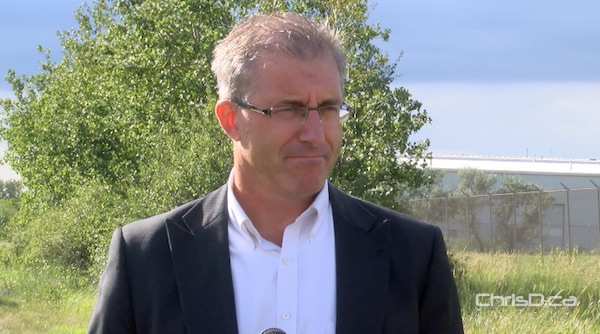 There wasn’t anything new from mayoral candidate Gord Steeves on Friday as he continued to slam his opponent and frontrunner Judy Wasylycia-Leis.

Standing on the steps of the Manitoba legislature for the second time this week, the former city councillor repeated that, if elected, Wasylycia-Leis would increase property taxes by at least 12 percent.

“She (Judy) is tied to a provincial NDP government which pledged not to raise the PST, then raised it to eight percent,” making note of her political affiliation.

“We don’t have to guess how a Judy Wasylycia-Leis-led City Hall will fare because the provincial NDP government has already shown that plan to be a financial disaster. The NDP even raised taxes on the city government because of the PST increase.”