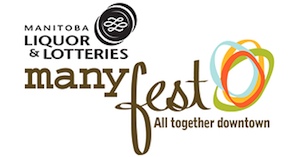 If ManyFest is in your plans this weekend, take note of several road closures in downtown Winnipeg.

Memorial Boulevard from Broadway to York Avenue will be closed from 9 a.m. today until 8 p.m. on Sunday, September 7.

Motorists are reminded to allow additional travel time and to use alternative routes in the area to get to their destinations.