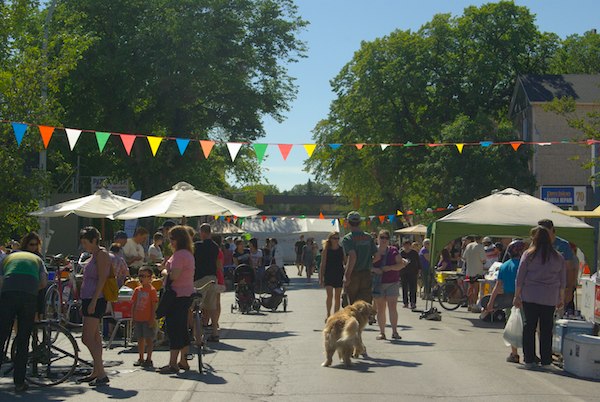 The Sherbrook Street Festival is celebrating its 10th anniversary on Saturday, filled with family-friendly fun running from noon to midnight.

Held on Sherbrook between Wolseley and Westminster Avenues, the festival will include a host of entertainment and activities.

New this year is a dedicated bike lane for those who choose to leave their vehicle at home in getting to the festival.

“We’re excited that the lane is opening just before the festival and people will get to see it,” said organizer Michelle Slota. “It’s for three blocks on Sherbrook, but hopefully it’s just the start of much more.”

Bike Winnipeg will also be on hand offering free bike repairs to anyone requiring the service.

An outdoor bike drive-in screening of “The Muppet Movie” from 1979 at the Charisma strip mall will happen at dusk. Fun-Key Ducks will perform for children at 3 p.m. on the family entertainment area kids’ stage, and the always popular Flaming Trolleys will hold an all-inclusive parade at 4:30 p.m.