Raising Fines for Speeding Not Always the Solution: Currie 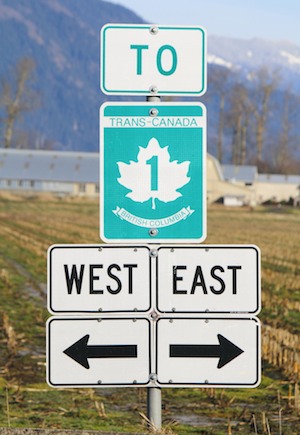 Once again on Labour Day weekend, I made that six-hour highway journey between Winnipeg and Regina for the annual battle between blue and gold and green and white. The game was one of the best ever, but then I’m happy whatever the outcome between these two teams.

The signs on the Trans-Canada highway tell another very interesting story. In both provinces in recent years, highway construction workers have been killed or badly hurt by vehicles. The response has been to get very tough when it comes to those who refuse to slow down to 60 km/h in construction zones.

Manitoba has doubled the fines and put up a lot more warning signs. Not to be outdone, Premier Brad Wall and company have tripled the fines in Saskatchewan. Even when there are no construction workers on the road, a motorist who doesn’t slow down could be hit with several hundred dollars in fines.

As you approach Regina from the east, not far from Balgonie where my papa grew up, there are some other signs that I found quite fascinating. They say, “Heavy collision area for the next several kilometres” or whatever … “please slow down.” The area east of Regina, all the way to Fort Qu’Appelle is growing rapidly, and many more vehicles are crossing the highway than was ever imagined decades ago. Eventually there will be another major bypass to carry more of the traffic and maybe an overpass or two, but until then could we not do better than warning of the danger of collisions?

The speed limit on that stretch drops from 110 km/h down to 90, and then back up to 110 before you hit the city limit. It is confusing, distracting, and not terribly safe. Raising fines is always the quickest solution that comes to mind for politicians, but it doesn’t really do much to solve the problem.