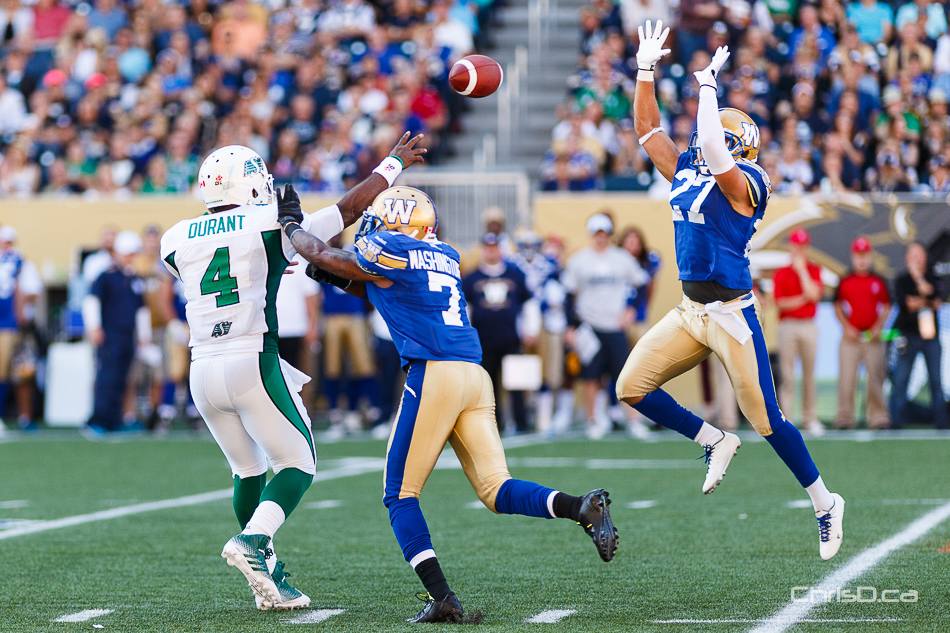 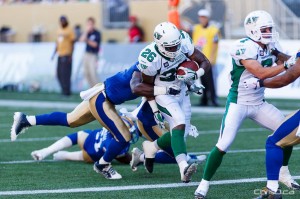 WINNIPEG — The Saskatchewan Roughriders have the Winnipeg Blue Bombers’ number. The Green invasion reigned supreme in the 11th-annual Banjo Bowl as the Riders hung on to beat the Bombers 30-24 in front of a capacity crowd of 33,234 donned in Blue & Gold and some Green at Investors Group Field.

The Saskatchewan (8-2) victory completes the three-game season sweep over Winnipeg (6-5) who now sit in last place in the West Division with their fourth loss in their last five games.

“The high — I liked that we battled back as a team,” said quarterback Drew Willy, who finished with his first 300-yard passing game in a month, going 26-of-38 for 360 yards with two touchdowns and two fourth quarter interceptions. “No one gave up. We haven’t given up all year. We’ve been able to come back in all kinds of situations. Bt the low is obviously the loss. Anytime you lose a game it stings. But we just need to make corrections and get better.” 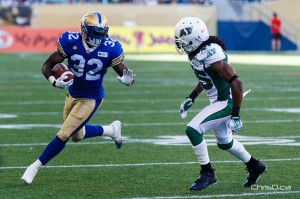 Trailing 27-8 at the half following two lightning-quick Saskatchewan touchdowns in the final minutes of the second quarter — including a highlight-reel 74-yard punt return touchdown by Weston Dressler — Winnipeg responded early in the third with 10 points off their first two possessions. The Bombers outscored Saskatchewan 16-3 in the second half to get within a major score, but Willy’s pair of interceptions in the waning moments sealed a seventh win in a row for the defending Grey Cup champions.

“They scored one touchdown against our defence,” said Bombers head coach Mike O’Shea. “They scored 16 on our special teams. We took too many penalties (and) gave up too many points on special teams… That’s what I’m concerned about. That’s going to be my focus.”

“It was a go-route. I wish I got more on it,” said Willy when asked of his critical decision to throw deep to the end zone on first and ten with over a minute and a half remaining, before the ball was intercepted by Riders defender Rod Williams. “It’s my decision. I have to look at the film. You could say either way, if I could get more on that one at least it’s probably incomplete. It’s just tough, for sure. Looking back at it we had 1:36 there. Plenty of time. Yeah, it’s tough, for sure.”

Winnipeg looks to get back on track with a pivotal game on Saturday night in Vancouver against the 6-4 B.C. Lions who sit half a game ahead of the 6-5 Blue Bombers.