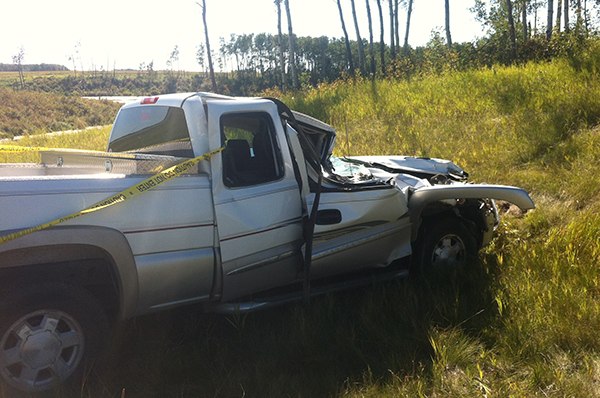 A pickup truck and farm swather both rolled after a crash on Highway 83 on Sunday, September 7, 2014. (RCMP HANDOUT)

Two people were sent to hospital on Sunday after a crash between a swather and a pickup truck.

The collision happened on Highway 83 just before 4 p.m. when the pickup attempted to pass the slow-moving piece of farm equipment.

RCMP say the pickup pulled out on the single-lane highway and struck the swather, causing both vehicles to spin into the east ditch.

The crash occurred about 20 km north of Roblin.

The pickup driver has been charged with passing where prohibited.

RCMP are reminding motorists to be aware of farm equipment travelling in agricultural areas during harvest time.