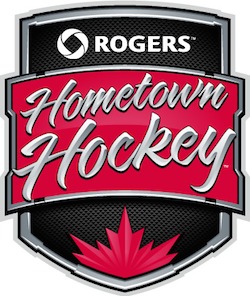 Hockey fans across Canada will get to experience hometown celebrations as Rogers tours 25 communities each week during the 2014/15 NHL season.

The inaugural Rogers Hometown Hockey Tour will visit three Manitoban communities, including Selkirk, Brandon and Thompson. Hockey commentator Ron MacLean will be at each of the stops, which bring free outdoor hockey festivities for all ages, culminating in an outdoor viewing party of an NHL game broadcast every Sunday. MacLean will host live onsite from the Sportsnet Mobile Studio.

“The passion for hockey in this country is unrivaled. Every Canadian has a connection to the game — it is part of our DNA, it is part of our communities,” said MacLean. “We’re excited to share in this season-long celebration of Canada’s favourite pastime, help grow the game and bring to life those great hockey stories every Sunday.”