Home » News » Steeves Would Invest in Community Centres Over BRT

Steeves Would Invest in Community Centres Over BRT 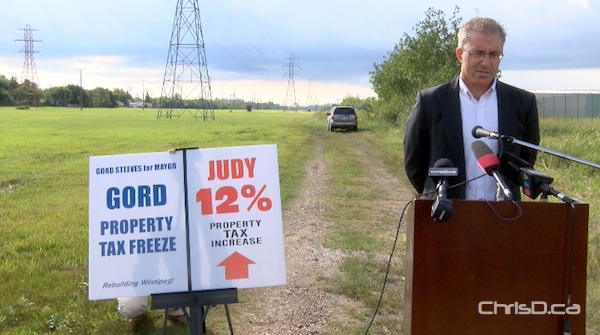 Mayoral candidate Gord Steeves renewed his objection to bus rapid transit in Winnipeg on Friday, pledging instead to focus on community centres.

Steeves said, if elected, he would ensure community clubs receive as much as $5 million to improve existing and new infrastructure

“I would rather invest in our children, families, strong communities and neighbourhoods than in a bad bus rapid transit plan,” Steeves said. “Community centres genuinely improve the lives of residents who live nearby. They offer much needed recreational services, and they build stronger communities.”

The former city councillor said the cash would come from a $8.8 million reserve fund in place for the second phase of BRT.

Steeves said he would also attempt to leverage matching funds from other funding sources to further improve community centres.