Bamboozled at the Border with Stricter Passport Requirements: Currie 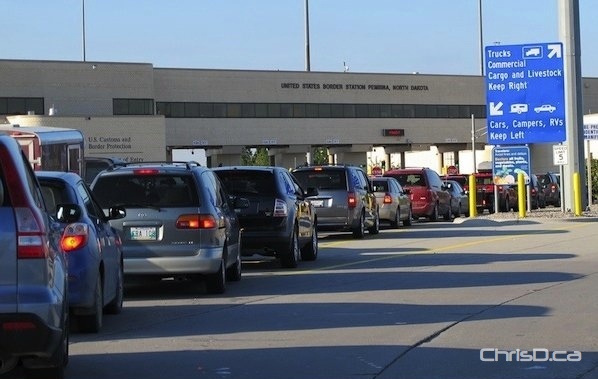 The major American city that is closest to both Manitoba and Saskatchewan is Minneapolis, and I have enjoyed visiting there a number of times over the years. In the early 1970’s, we could drive down to shop or enjoy some Twins’ baseball, with not much more than a wave at the Canada-U.S. Border.

What a different world it is since that horrible Tuesday 13 years ago. Last week I was all set to cross the line for the first time in a couple of years, but there was a problem. My Canadian passport had expired in July. A frantic dash to the passport office in downtown Winnipeg was a frustrating waste of time.

Even a simple passport renewal takes a minimum of ten working days, and it’s not cheap. A 5 year renewal costs $120, and for $40 more you’re good for ten years. Being 67 and Scottish, I hesitated for a moment. Then I decided to throw caution to the wind and go for the ten years.

There were some other ‘seniors’ in the passport line who walked away when they heard the price. When you’re on a fixed income, that’s a lot of money if all you’re wanting is a casual day of shopping.

Listening to the news on any given day right now, very few Canadians will question the need for tighter security. John Kennedy said of the Canada-U.S. Relationship ..

He spoke those words to our parliament in Ottawa 53 years ago, when the world seemed to be a much kinder and gentler place, and you didn’t need a passport to take a one-hour drive.