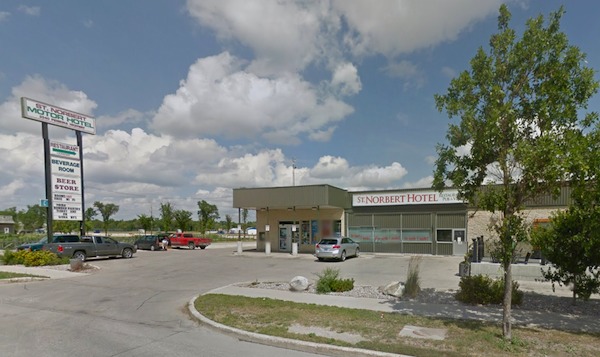 Winnipeg police have made an arrest after a violent robbery in the city’s south end on Saturday night.

Police were called to the St. Norbert Hotel at around 10:30 p.m. for a report of a robbery. When they arrived, a 25-year-old male patron was found to be suffering from upper body stab wounds. He was taken to hospital in stable condition.

Police say a robbery suspect was being held by other patrons and one of them was stabbed trying to restrain him. An undisclosed amount of cash was stolen during the robbery.

While one of the suspects was held, the others were able to escape.

A 27-year-old Winnipeg man faces numerous charges, including robbery, disguise with intent, aggravated assault and possession of a weapon for a dangerous purpose. He remains in custody.