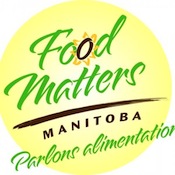 The future of food will be debated by Winnipeg’s mayoral candidates tonight in a forum addressing the serious food security concerns that exist within the city.

Food Matters Manitoba is putting on the Politics on the Plate forum at the Eckhardt-Gramatte Hall at the University of Winnipeg.

The charity, along with the support of other community organizations and citizens, hopes to engage the candidates on a series of food security related topics from food deserts to a city-wide composting plan.

“Over one in eight Winnipeggers have related jobs,” said Kreesta Doucette, executive director for Food Matters Manitoba. “Winnipeg is behind other Canadian municipalities, including our Brandon neighbours, in addressing food issues and we think it’s essential to engage our next mayoral on issues of food to ensure a vibrant, livable community.”

Politics on the Plate will begin at 7 p.m. All are welcome to attend.