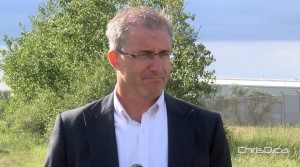 Steeves on Wednesday said since the program was introduced in 2002, its focus has shifted from promoting public safety to being a cash grab.

“If we don’t make changes soon, the city will face the expense of having to refund fines collected from wrongfully-issued tickets en masse,” Steeves said.

Steeves said there needs to be clear signage for speed limits on both sides of the road when it’s divided by a media, saying Winnipeg issues 400 percent more photo radar tickets than any other jurisdiction.

Steeves has previously said the public has lost faith in photo radar, and criticized its use in construction zones earlier in the campaign.