‘King of the Cage’ Marks Return of MMA to Winnipeg 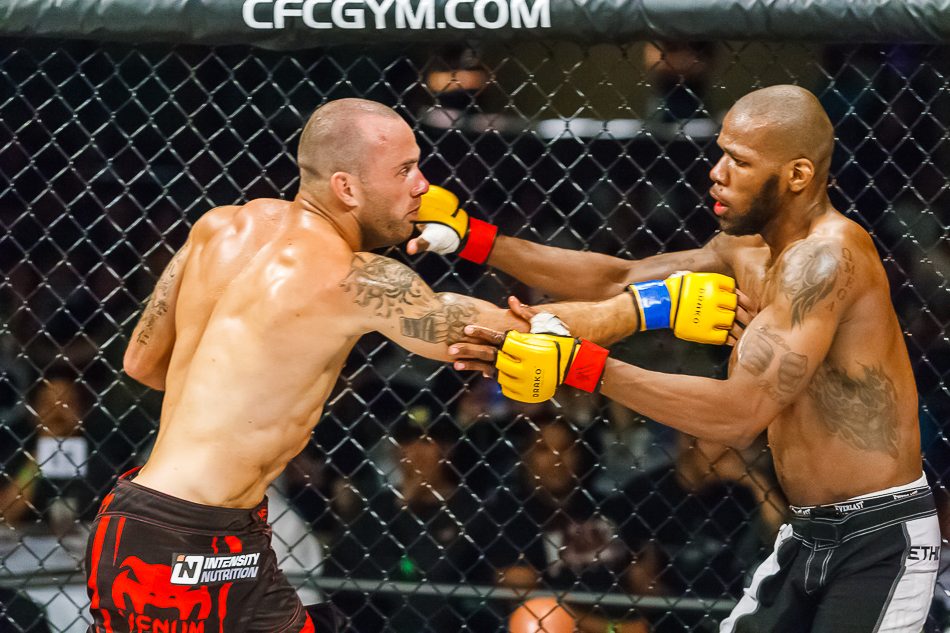 Vyron Phillips (right) will compete in the King of the Cage event on Friday at the RBC Convention Centre. (SHAWN COATES / CHRISD.CA FILE) 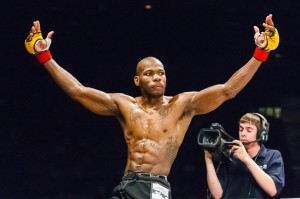 Vyron Phillips will compete in the King of the Cage event. (SHAWN COATES / CHRISD.CA FILE)

Mixed martial arts makes its return to Winnipeg with the King of the Cage event this Friday at the RBC Convention Centre.

The nine-bout card marks the Manitoba debut of King of the Cage, a company that has produced more than 600 shows across North America. The event has a distinctly local flavour to it, as 12 of the 18 competitors come from Manitoba.

“It’s big. It’s going to be an exciting night,” said Marc-Andre Drolet, King of the Cage promoter. “This is a solid card. It is a strong mix of up-and-coming guys and established fighters. Anybody who is a fan of MMA will be impressed with the quality of the show.”

The show, which will be shown to more than eight-million viewers in the United States via MAV-TV, features local fan favourite Joe Doerksen. Boasting a career mark of 50 wins and 16 losses, the experienced Doerksen faces Tony Lopez (34-14) in the 205-pound weight category.

“Doerksen is an established threat,” said Drolet. “No one has more fights in Canada than Joe. Anyone who has seen him fight knows he always gives a full effort and Friday should be no different.”

One of the more interesting storylines at King of the Cage is that of Pinawa’s Robin Black. A 45-year-old athlete who began his MMA career at 39, Black (4-5) has announced that Friday’s tilt against Adam Bodwell (2-4) will be his last fight.

“Robin’s been a friend for 20 years and I have a lot of respect for him,” said Drolet. “It’s been an amazing experience watching him fight. He will give 110% and will not stop competing until the final bell.”

Drolet said the show will appeal to all Winnipeggers.

“Those people who have never been to our event will be thrilled. You don’t have to be a fan of mixed martial arts to enjoy the show because this is an event.”

Ticket and table information is available by calling the VIP ticket hotline at (204) 961-0349 or through Ticketmaster.