Dragging the Red River for Answers 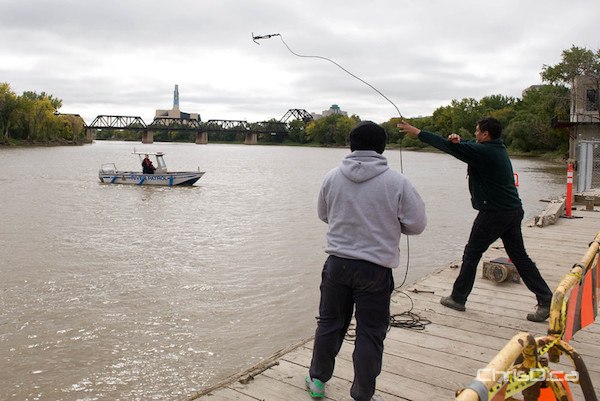 Darryl Contois tosses a grappling hook into the Red River on Wednesday, September 17, 2014 in an effort to find human remains. (TED GRANT / CHRISD.CA) 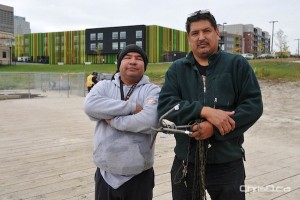 WINNIPEG — Volunteers spent the first day dragging the Red River to turn up any sign of missing and murdered aboriginal women.

The search comes weeks after the body of 15-year-old Tina Fontaine was pulled from the river near Alexander Docks. Fontaine had gone missing earlier this summer and was found in a grim state, triggering an investigation into her death.

The group, who calls themselves Drag the Red, began combing the river by boat on Wednesday afternoon while other volunteers were stationed on nearby riverbanks to carry out a search for any evidence. 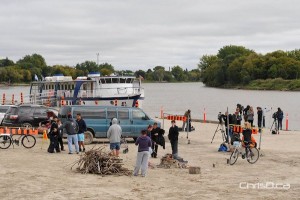 Volunteers gather at the Alexander Docks on the shores of the Red River on Wednesday. (TED GRANT / CHRISD.CA)

A series of bones were located on the shores of the river this week, prompting Winnipeg police to have their identification unit try to determine if they are human. Police said Wednesday the bones have been sent to Ottawa for analysis and could take six weeks to get verification on their origins.

Police have cautioned the group about carrying out the search on their own. A river patrol boat was keeping close watch during the search just east of the city’s downtown upstream from the Esplanade Riel Bridge.

Drag the Red has also received support from the Assembly of Manitoba Chiefs, who joined in on the search by launching their own boat with Grand Chief Derek Nepinak and other AMC staff members.