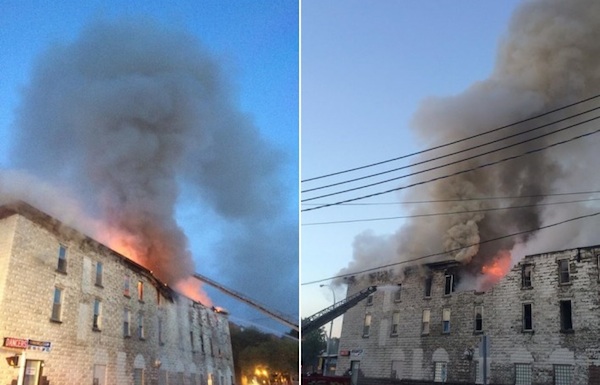 About 25 tenants of a hotel in Dauphin were evacuated early Thursday after a fire broke out in the community.

Crews responded to a report of smoke coming from the Towers Hotel at around 3 a.m. on Main Street South.

The Dauphin Fire Department says crews began fighting flames from the inside, but had to evacuate and go into defensive mode from the outside due to heavy heat and smoke.

Gilbert Plains Fire Department was also called in to assist.

Everyone inside managed to get out safely and has been moved to the Dauphin Friendship Centre. 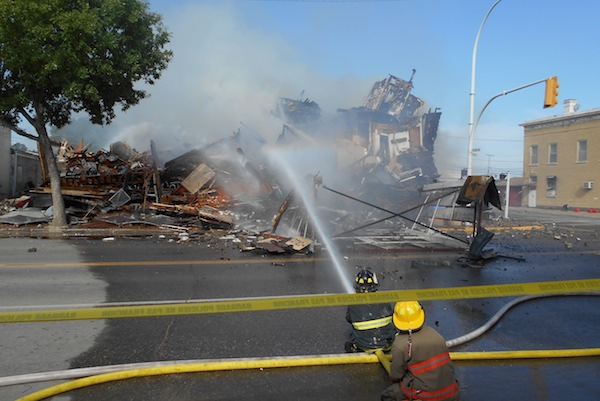 Crews extinguish a fire at the Towers Hotel in Dauphin on Thursday morning. (RCMP / HANDOUT)

A cause of the fire and damage estimate isn’t yet available, but RCMP have one man in custody.

The building is considered a complete loss.