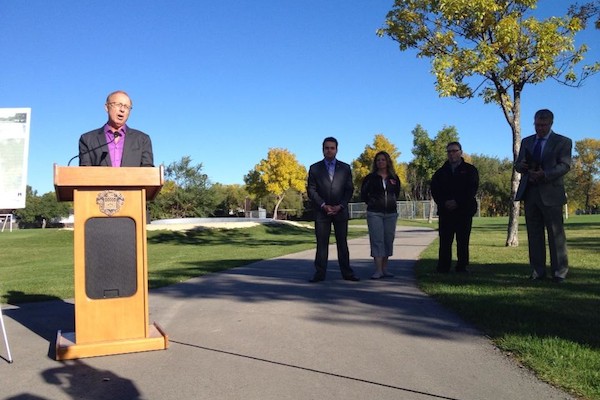 Chornick Park in northeast Winnipeg has received $520,000 from the city for playground and park improvements.

Mayor Sam Katz and area Councillor Jeff Browaty made the announcement on Monday, which includes doubling the existing skate park.

The first phase of the upgrades will begin this week, with the second phase commencing in the spring.

Ball diamond improvements call for a new back stop and granular improvements, while the skate park will expand to 350 square metres.