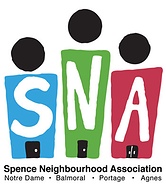 A march to promote peace in Winnipeg’s Spence neighbourhood tonight will connect people with their community.

“We want to say to people who are victims and people who are scared and who don’t feel safe — there are resources in the community,” said Jamil Mahmood, executive director of Spence Neighbourhood Association — one of seven agencies organizing and attending the march and free BBQ.

The march comes weeks after the body of missing 15-year-old Tina Fontaine turned up in the Red River.

“There are issues where kids are out on the street at night and kids are forced into the sex trade,” Mahmood added. “Let those kids see there are other safe places, resources and understand these places can support them to choose a different path.”

The 2 km march will begin behind Jacob Penner Park at 6 p.m. and proceed south on Victor Street to Ellice Avenue, east to Spence Street, north to Sargent Avenue, and then east to finish at Central Park. Speeches and a free community BBQ in Central Park will follow the march.

← Previous: Theory of a Deadman to Play the Burt in November Next: CMHR's 'ERA Bistro' to Open on September 27 →
Tags: Winnipeg