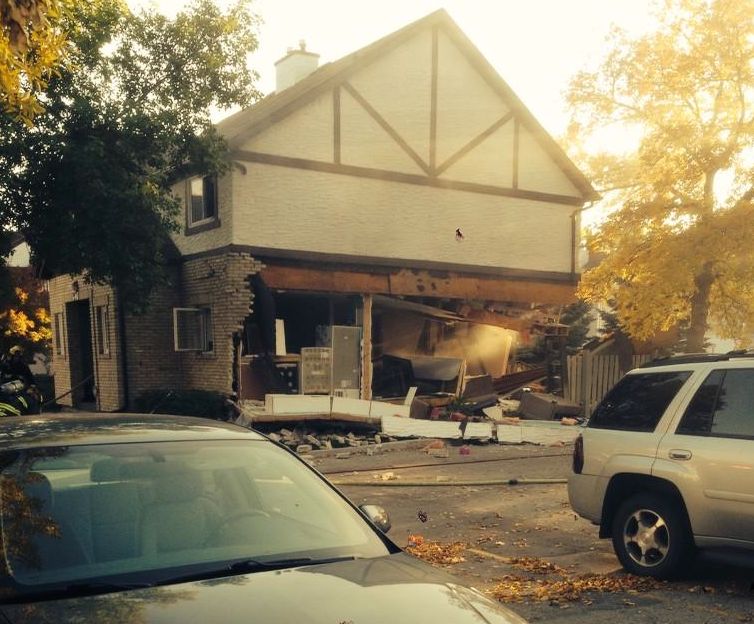 An entire wall of a condominium complex at 27 Apple Lane was blown out on Tuesday, September 23, 2014. (MARTY RABU / TWITTER)

WINNIPEG — An explosion Tuesday evening at an Assiniboia area condominium building sent one man to hospital with severe burns.

The explosion and fire happened at around 6:30 p.m. at 27 Apple Lane near Saskatchewan Avenue.

Neighbours heard a loud bang, which blew out an entire wall of the condo complex and damaged several neighbouring units.

One man was taken to hospital with second- and third-degree burns, according to the Winnipeg Fire Paramedic Service.

It’s unclear what caused the explosion.

No other injuries were immediately reported, however, a dog was being looked at by animal services staff.