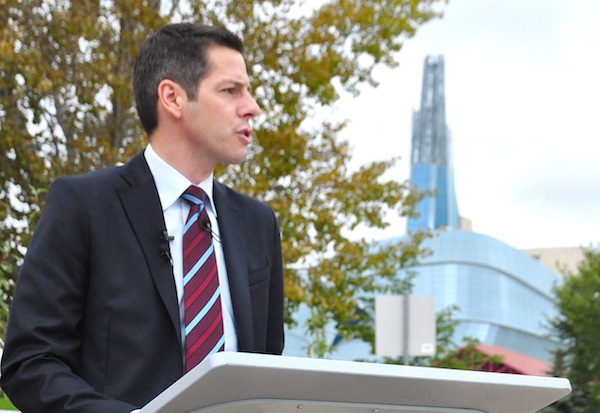 Mayoral candidate Brian Bowman said he has an ambitious strategy to bring more tourist dollars to Winnipeg if elected.

Bowman on Wednesday set his sights on the 2023 Pan Am Games and the 2026 FIFA World Cup for the city.

“This election is as much about fixing our streets and potholes as it is about restoring our pride and confidence in Winnipeg,” said Bowman.

“Imagine what 50% more tourists — 6 million, would be like for Winnipeg. What it would mean for local entrepreneurs. This is a goal worth working for.”

Bowman would first make Tourism Winnipeg an independent body, implement better signage for all tourist destinations, roll out dedicated transit routes for such destinations, and create a “Winnipass” program aimed at greater access to many of Winnipeg’s popular tourist spots.

Longer term initiatives will include increased winter activities made possible by the recent adoption of the “frozen waterways by-law”, with the goal to increase restaurants, warming huts, and other recreational activities on the rivers during the winter months.