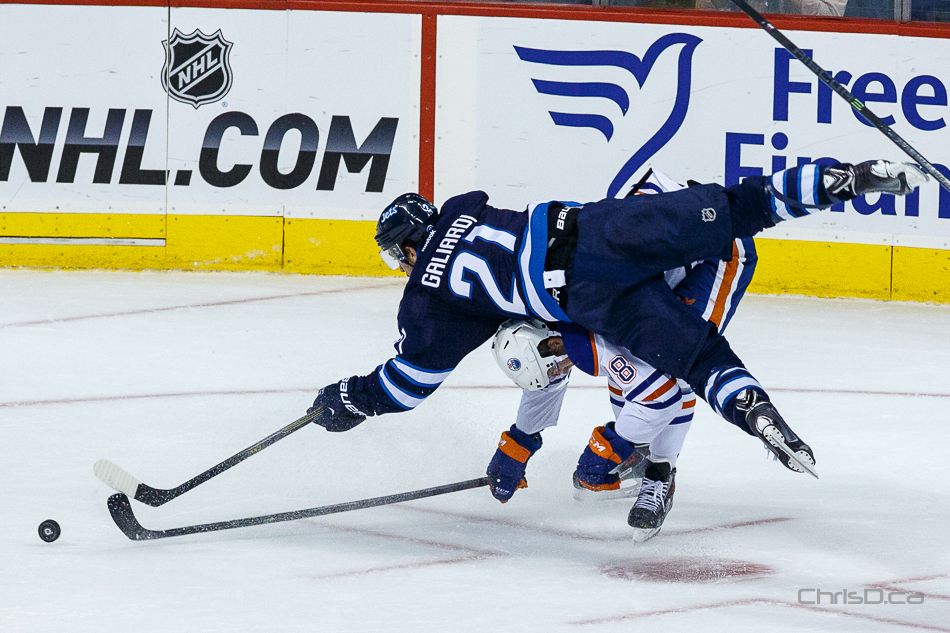 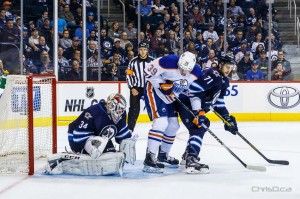 WINNIPEG — The Edmonton Oilers scored three goals in the final ten minutes of the second period to quickly erase an early Winnipeg lead to hand the Jets a 3-2 loss — their first of the preseason — in front of 14, 723 on Wednesday night at MTS Centre.

Sprung by a long stretch pass from Jets defenceman Will O’Neill late in the first, free agent acquisition TJ Galiardi walked in and buried it high past Oilers goaltending prospect Laurent Brossoit to make it 1-0.

“It was a great pass,” said Galiardi of his breakaway feed. “I came off the bench late and we made some nice eye contact there for a second and I was happy he got it to me. It was a pretty good ‘sauce’ so I was lucky I batted it down.”

Matt Halischuk, who is fighting for his NHL life with several Jets prospects nipping at his heels, made it 2-0 early in the second with a power play goal assisted by Evander Kane and Mark Scheifele.

At the game’s mid-point the Oilers decided to wake up, striking three times in a 9:03 span, with even-strength goals from Ryan Nugent-Hopkins, Bogdan Yakimov, and Justin Schultz.

“It was just one of those things where we tried to create a little too much offence and took some risks,” said Jets goaltender Michael Hutchinson, who stopped 28 shots through 60-minutes after splitting Monday’s game with No. 1 netminder Ondrej Pavelec. “They were able to come back and make some good plays and score some goals. It’s unfortunate that it happened that way. Every goal you’d like to have back but overall I felt I played pretty well.”

“We don’t want to lose on our home ice,” added Evander Kane of the second-period collapse. “The way they got the lead we weren’t too happy about so we knew we had to come out in the third and try to step on the gas a little bit, but at the same time we can’t give up those type of plays late in the second period like that.”

The Jets will take Thursday off practice before travelling to St. Paul, Minnesota to face the Wild on Saturday night.