Winnipeg Police Spoke to Tina Fontaine Before She Died 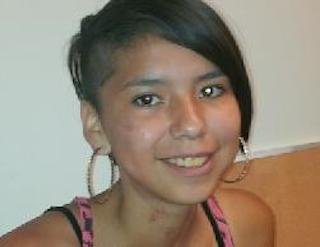 Murdered teen Tina Fontaine spoke to two Winnipeg police officers the day before she is believed to have died.

The 15-year-old was reported missing in August and her body was later recovered from the Red River.

Winnipeg police Chief Devon Clunis on Thursday said Fontaine was one of two people spoken to during a traffic stop on August 8. Her body was found on August 17.

Clunis said officers ran Fontaine’s name through their system and knew she was reported missing, but chose to let her go.

The officers involved have been reassigned to non-operational duties after Clunis became aware of the incident on September 3. The matter is being investigated by the WPS Professional Standards Unit.

Since Fontaine’s death, there has been a renewed call for a national inquiry into missing and murdered indigenous women. On Wednesday, Winnipeg councillors voted 14-1 in favour of a motion to join the call for an inquiry into the issue — becoming the first city in Canada to do so.

No arrests have been made in connection to Fontaine’s death.