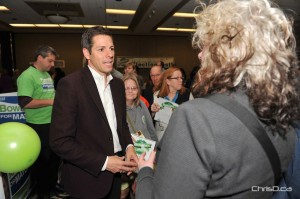 Standing in front of the Winnipeg Art Gallery, on the heels of its renowned opening of Salvador Dali’s works, Bowman said he would incorporate artistic components in all new municipal capital projects with a particular emphasis on indigenous arts and culture.

“We have tremendous people doing great work already in Winnipeg,” he said. “We need to offer them the right level of support and embrace their work into city processes. With my experience as Chair of the Winnipeg Art Gallery I have seen first-hand the impact that arts and culture has in the city.”

Bowman singled out the new Inuit Art Centre at the WAG as one such project that will be of significant importance to promoting indigenous art in Winnipeg.