Home » Sports » Rowing Teams Competing in ‘Head of the Red’

Rowing Teams Competing in ‘Head of the Red’ 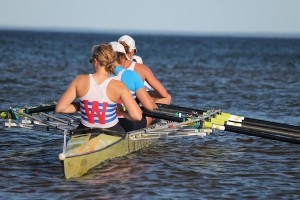 Rowing teams from Manitoba, Saskatchewan and Ontario will be competing this weekend at the Head of the Red competition at the Winnipeg Rowing Club.

Beginning on Saturday at 8 a.m., races will commence at the boat launch of 20 Lyndale Drive.

Rowers will be competing in races ranging from 4,000 metres to 6,000 metres at a slower, longer pace.

Following the regatta races, clubs will compete in a skills rodeo — marking the first time in Canada that multiple clubs will take part in a skills event.