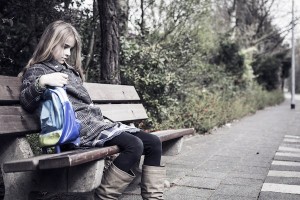 Two new educational modules to curb cyberbullying will help save lives, says the mother of a teen who took her own life.

Leah Parsons was in Winnipeg Wednesday for the launch of new material put out by the Canadian Centre for Child Protection. Her daughter, 17 at the time, died in April 2013 after being taken off life support following a suicide attempt.

Laureen Harper, wife of Prime Minister Stephen Harper, was also in the city for the rollout of the modules, which are aimed at Grades 7 through 10.

“As a mom of teenagers, I worry about how young people today are coping with the growing problem of cyberbullying,” Harper said. “It is comforting to know that teachers across Canada will have access to these new resources to help them in their efforts to create safer environments for our children.”

Educational components focus on reducing the incidence of adolescent sexual exploitation and the resulting tragedies involving Canadian youth, while also addressing the growing concern of sexual violence among youth in dating relationships and within peer groups. Students also learn about the elevated risk of sexual exploitation whether online or by adults/older youth.

Funding for the program came in the form of a $100,000 gift from the federal government to mark the birth of Prince George of Cambridge.