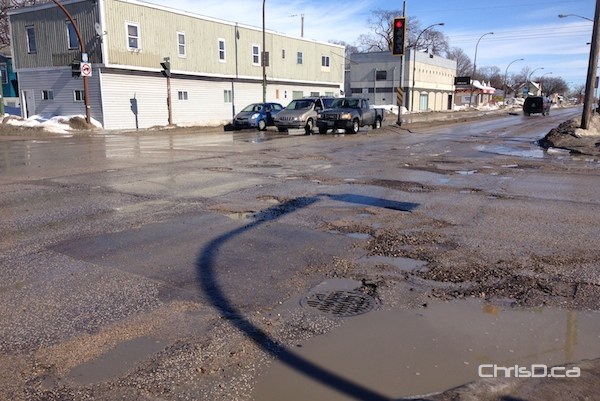 The intersection of Ness Avenue and Ferry Road (CHRISD.CA FILE)

All seven of Winnipeg’s mayoral candidates agree that infrastructure is the top concern of the voting public heading into the municipal election.

The Manitoba Heavy Construction Association (MHCA) recently surveyed all candidates, including the two mayoral candidates in Brandon, on how they would approach the issue of fixing infrastructure if elected.

“The public should feel confident that the candidates definitely understand there is a problem and have pledged infrastructure will be a priority if they are elected,” said Chris Lorenc, president of the MHCA. “Each of the nine candidates were interviewed on subjects ranging from taxes and sources of revenues needed to pay for infrastructure renewal; to improving inter-government relations to help fund infrastructure; and the value of public-private partnerships (P3s.)”

In-depth one-on-one interviews were conducted by Probe Research and covered eight key questions for the candidates on the topic of infrastructure.

Their responses in video and text form can be seen at mhca.mb.ca/fix-my-infrastructure.