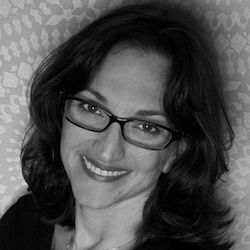 A former Winnipegger, who went viral on the Internet in recent weeks due to her “Momhead” video, has landed a sitcom pilot with CBS.

Johanna Stein is the author of “How Not to Calm a Child on a Plane,” which will be the basis of the new show pitched to the network by comedian Will Arnett and his production company Electric Avenue.

Arnett has ties to Winnipeg, as both of his parents are from Manitoba. The actor currently stars on the network comedy “The Millers” and had a first-look deal at CBS to sell his first project.

Stein is also a comedian and her video garnered more than 2.2 million views since it was uploaded to YouTube on September 29.

According to Deadline.com, Adam Barr (Growing Up Fisher) will write the adaptation of the show for CBS TV Studios.

Stein, who now lives in Los Angeles, will be in Winnipeg on November 25 for her book launch at McNally Robinson Booksellers.