Province to Rebuild School in The Pas Destroyed by Fire 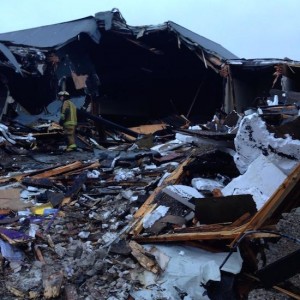 The Manitoba government is rebuilding a school and daycare in The Pas after it was destroyed by fire in late September.

A large section of Mary Duncan School was destroyed in the blaze, which has since been deemed to be arson.

Premier Greg Selinger says work is progressing quickly to accommodate displaced students by bringing in five portable classrooms. Foundation and electrical preparation is underway to prepare the site for the classrooms.

School programs are continuing for students in Grades five to 12 at Guy Hall, part of a local church. The adult learning centre has been temporarily relocated to the University College of the North.

Four boys from The Pas are facing charges in relation to the fire. They will appear in court on November 4.