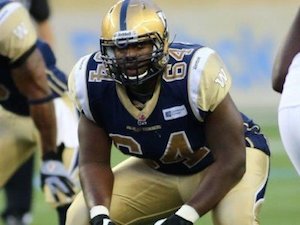 It will also be the first opportunity for fans to see the new 2014 CFL player-designed New Era head gear. One player from each team was chosen to design a collection this season and Greaves was the Bombers’ representative.

Greaves will be at the Bomber Store at Investors Group Field from 2-4 p.m.

The Bombers play the Edmonton Eskimos on Thanksgiving Monday (3:30 p.m. CT) before returning home for their next game against the Calgary Stampeders on Saturday, October 18.