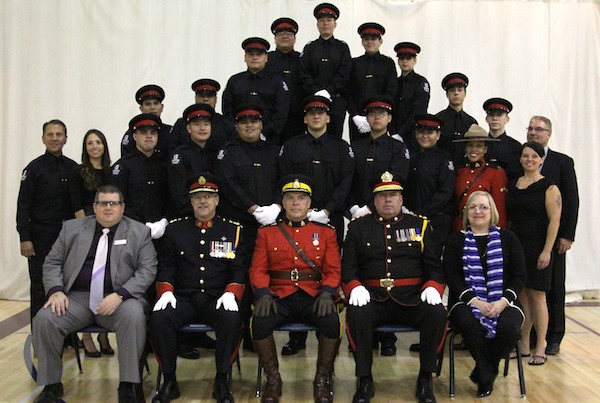 The students graduated on Friday from the program, which was intended to remove barriers for aboriginal students seeking entry into occupations related to protective services. The integrated delivery of the program allowed three of the 13 graduating students to complete their mature student high school diploma while working toward a nine-month police studies certificate.

In total, 15 students took part in the final inspection and drill.