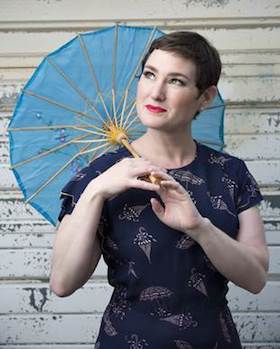 The album, Namedropper, is a collection of songs written for her by Keri Latimer of Nathan, Ron Sexsmith, Royal Wood, Jim Cuddy, Amelia Curran and others. The album was released October 7 and completed on time, despite Ungerleider being diagnosed with breast cancer in the spring of 2013. Her initial reaction was a sense of guilt that her ensuing treatment would put the brakes on what had become a highly anticipated musical project for her, her collaborators and fans.

Tickets for the show are $25 at the door or $20 in advance through the WECC, Ticketmaster, Winnipeg Folk Festival Music Store and Music Trader.