Home » Entertainment » Stuart Murray to Depart as CEO of CMHR

Stuart Murray to Depart as CEO of CMHR 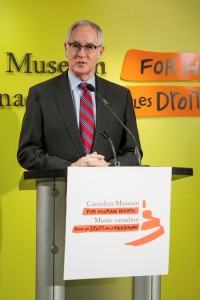 The president and CEO’s five-year term will end on November 1, said Eric Hughes, chair of the CMHR board of trustees. It won’t be renewed and the board has initiated the process of recruiting a successor.

“During his tenure, Stuart Murray brought together a team of employees with diverse roles and responsibilities and oversaw the planning, construction and opening of a new national museum outside the National Capital Region,” said Hughes.

Murray’s departure comes weeks after a bumpy opening for the museum, which saw only four of 11 galleries available for viewing during its grand opening in September. The remaining galleries are expected to be complete by November 11.