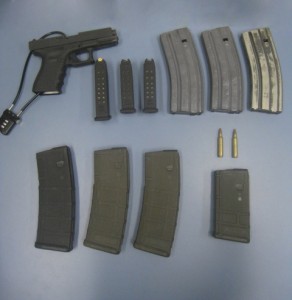 Two men from North Carolina have been sentenced in a Winnipeg court for attempting to smuggle firearms across the Canadian border in two separate incidents.

Officers in southern Manitoba have seized 25 undeclared firearms this year, including 11 prohibited firearms.